Ask a watch enthusiast about iconic watches and there is a good chance they’ll include the OMEGA Speedmaster Professional Chronograph in their list.

Since Buzz Aldrin took that one small step onto the lunar surface on 20th July 1969 wearing a Speedmaster, it has been known as the “Moonwatch”. Although it was introduced in 1957 as a sport and racing chronograph, the Speedmaster was no stranger to space having been on the 1962 Mercury Sigma 7 Mission. Three years and a few generations later, the Speedmaster would out perform watches from the likes of Rolex, Breitling, Hamilton and Longines to become the official chronograph for all Gemini and Apollo missions.

The Speedmaster’s history is well documented and we could go on in detail about the aesthetic reasons why this is such a practical and fit-for-purpose watch, instead, we suggest you read Watchgecko’s articles detailing Why the Omega Speedmaster is an iconic watch. 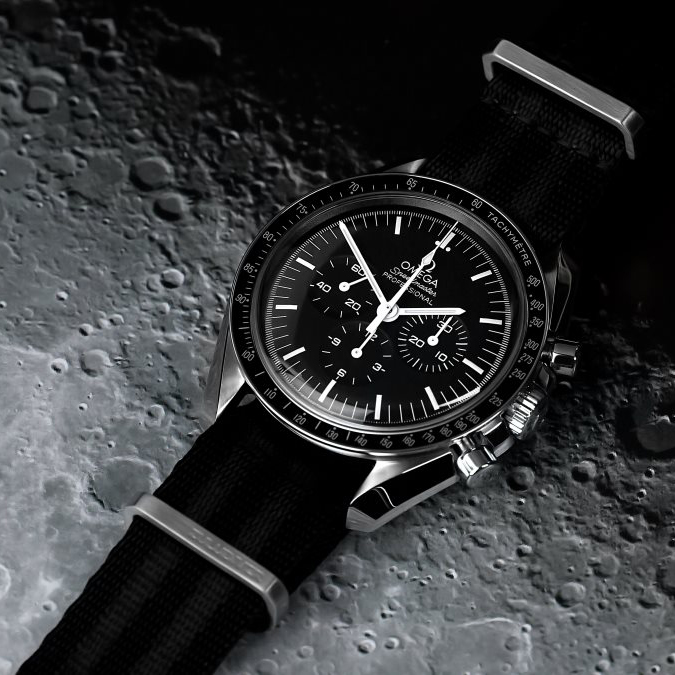 It was a pleasure to create these prints, having a keen interest in science and astronomy as well as sharing a birthday on the day the Apollo XI came back to earth. Of course it was important to reference the original 1969 model 145.012 as worn by the Apollo 11 astronauts. And the hands at 17 minutes past eight? 20:17:39 (UTC time) marks the exact time of the Lunar module landing. Speaking of the landing site, the Sea of Tranquility, although barely visible in the shadows it’s appropriately situated where the OMEGA logo would be.

Zooming out behind the moon we see exactly how the heavens looked from this exact position in time and space on 20th July 1969 at exactly 20:17:39 (UTC). A high resolution star map rich in accurate astronomical data details the positions of the Milky Way and celestial objects and the equatorial grid lines and constellation boundaries are shown in red and yellow.

Finally, on to the text itself. The uchi passion for typography completes this 50th anniversary Omega Moonwatch timepiece art. Set in ‘Futura’, the same typeface NASA uses for all Apollo mission plaques and matching the curve of the dial/moon is the first line from the commemorative plaque left behind by the Apollo XI astronauts. 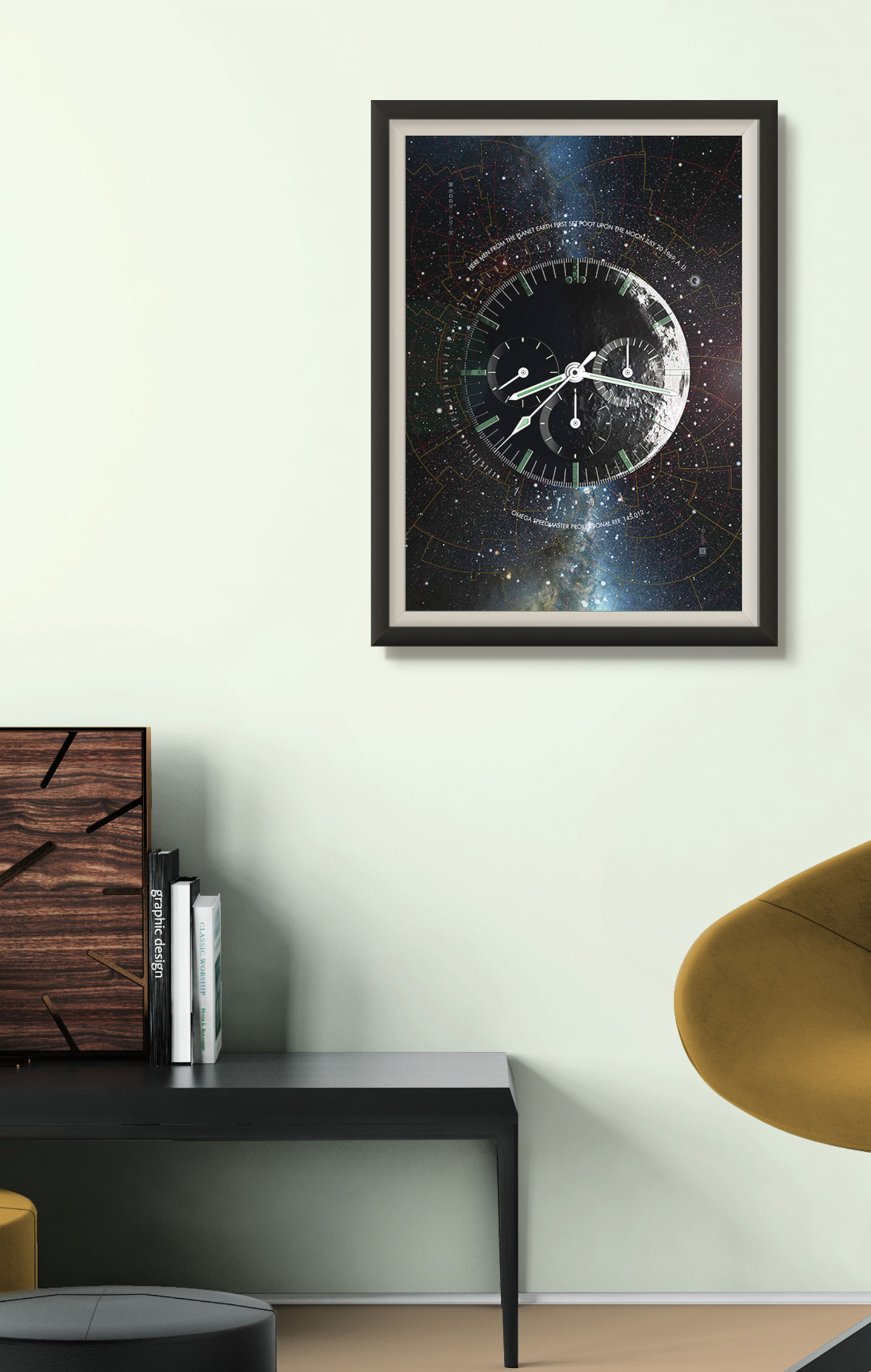 The Omega Speedmaster ‘Moonwatch’ Art Print keeps things simple. An illustrated version of the 1969 Speedmaster edition (reference 145.012) with tachymeter is the main focal point of the artwork. However a subtle addition of the surface of the moon and a lighting effect that looks to replicate the domed crystal gives a different dynamic to it. Finally, to really add contrast, an all-black background makes that iconic Speedmaster dial pop out. 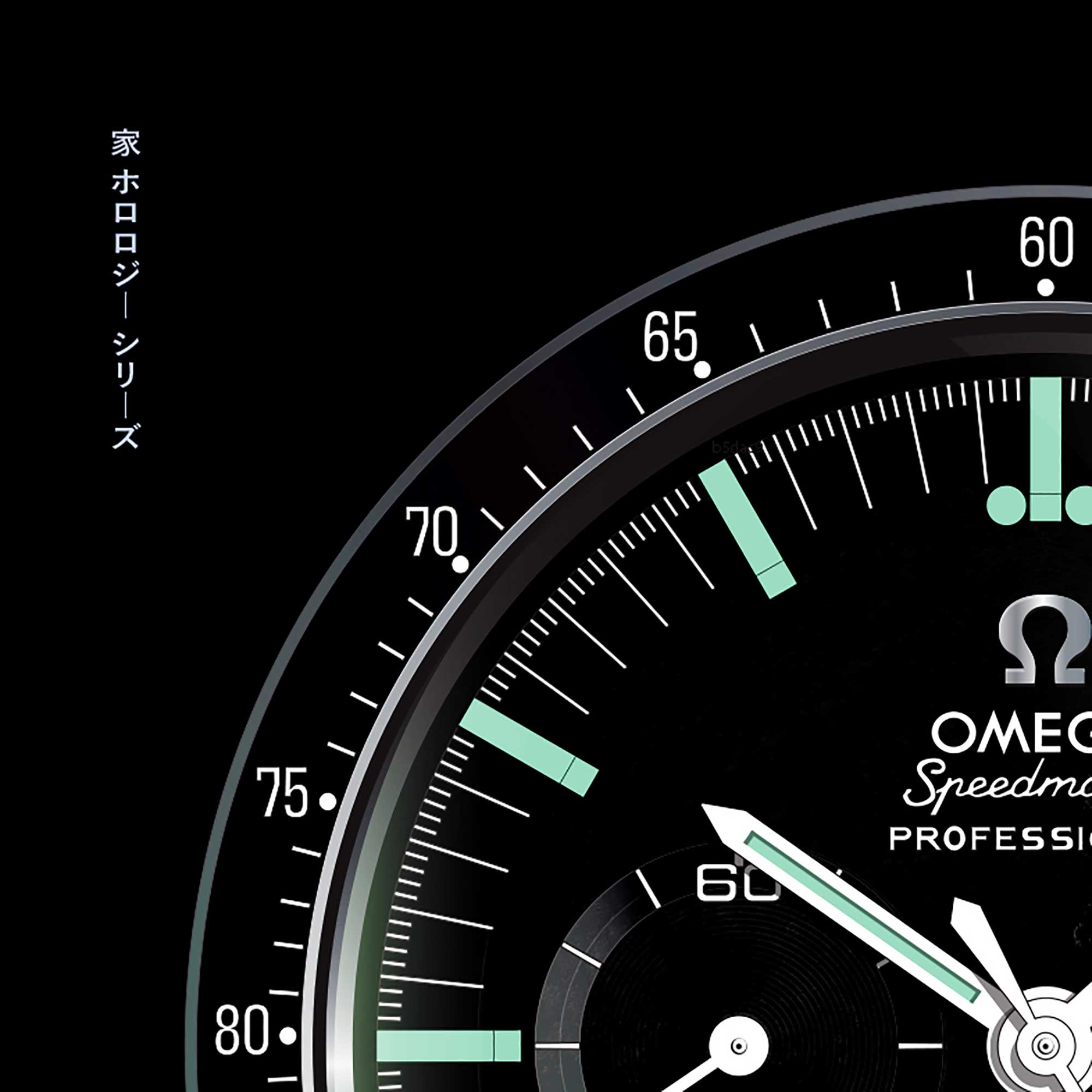 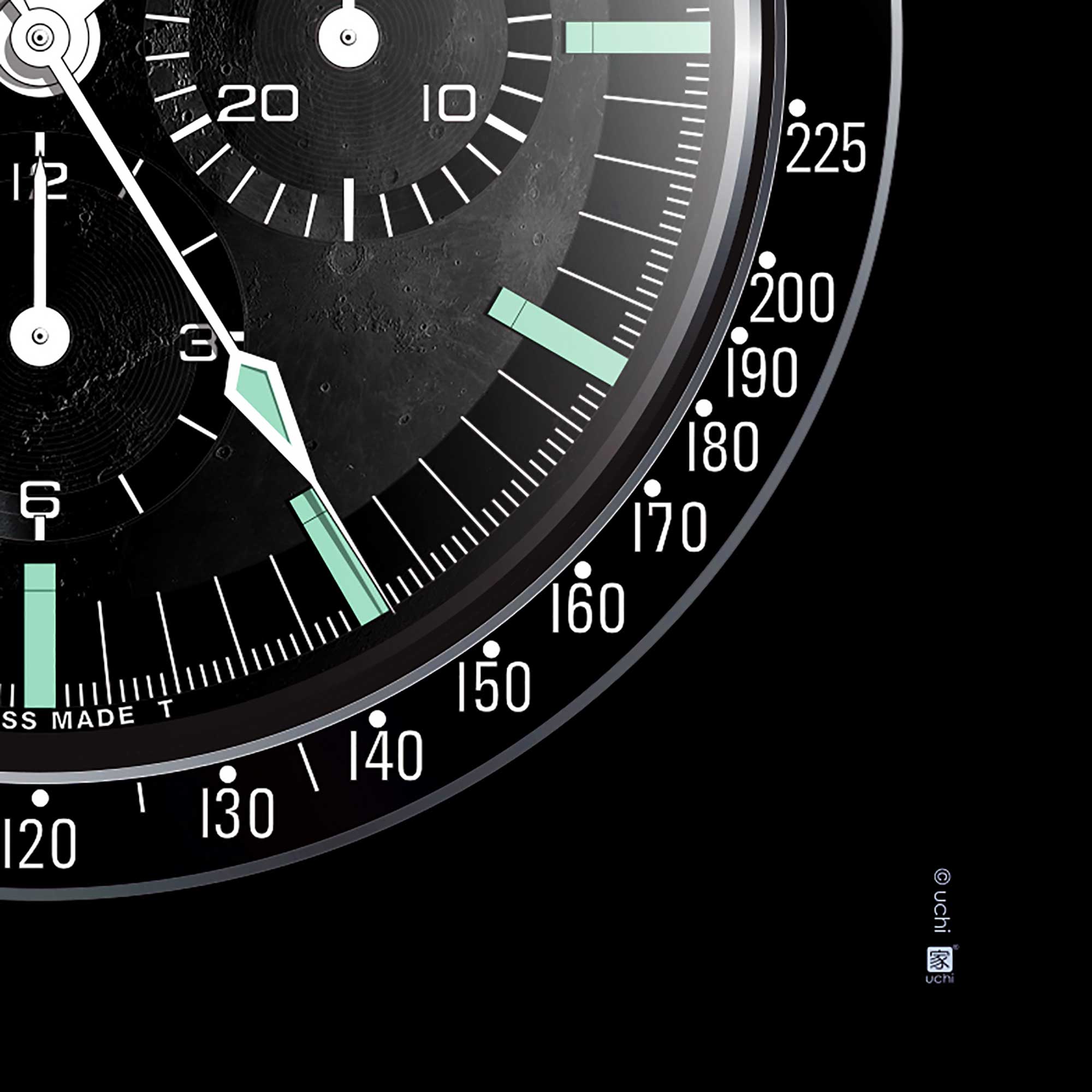 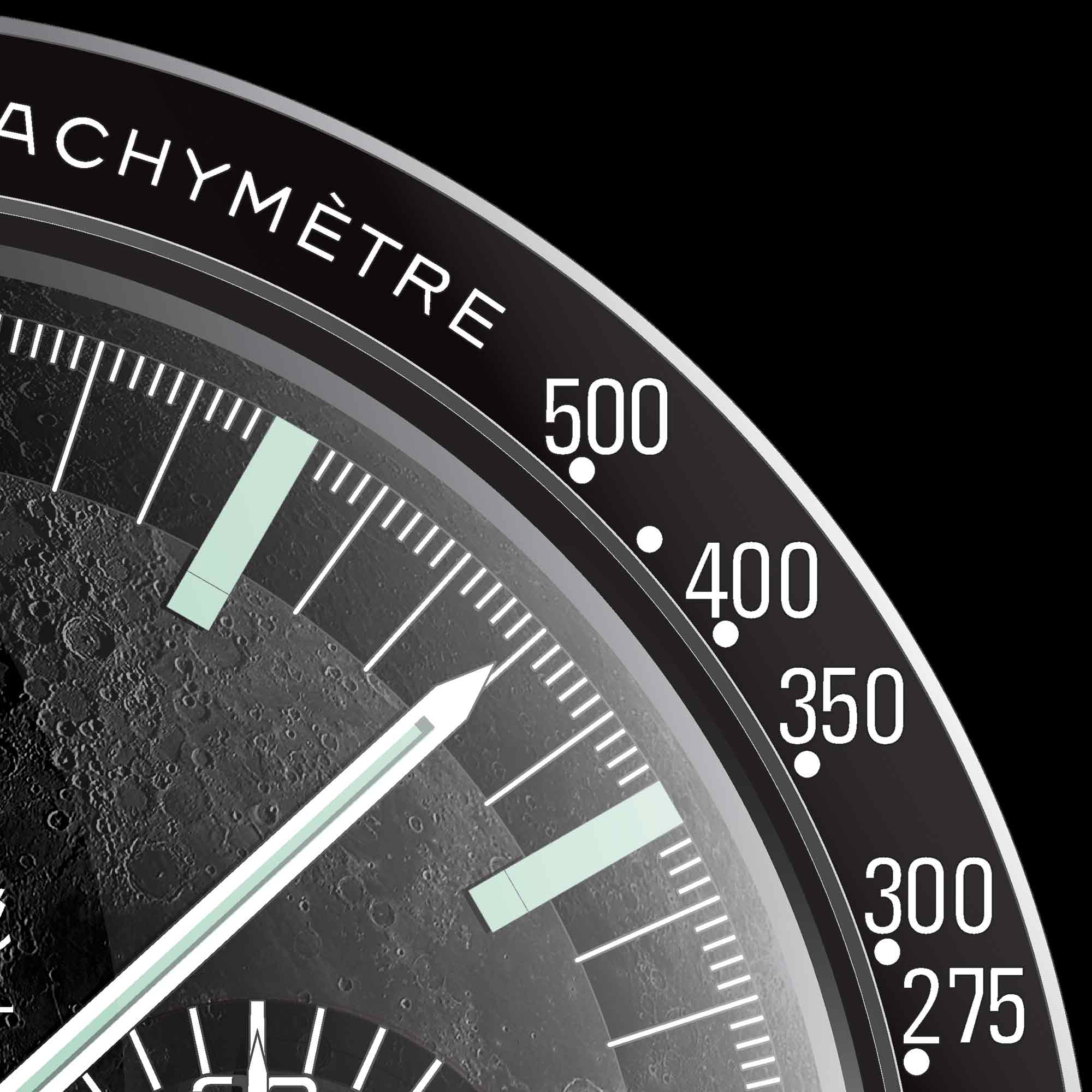