These Are The Breaks T Shirt

For your viewing pleasure and for a limited time only, give a big handclap to the Roland TR-808 drum machine, the AKAI MPC 60 sequencer, the E-mu SP-1200 sampler and last but not least, the Technics SL1200 turntable spinning none other than “The Breaks” 12 inch by Kurtis Blow.

“These Are The Breaks” is proudly bought to you in the classic uchi four square format and rounded off with the help of the Tomahawk cruise missile lettering. The idea isn’t new. In fact, while writing this blog I googled a DMC Branded T-shirt with the same name. It’s pretty good too: coming as it does from the DMC, I’d be disappointed if it wasn’t. It’s got some classic Hip Hop tracks listed on it, so I’m also glad I didn’t go that route. In fact, the more I think about it the better it looks and now I want one!

But back to the uchi joint. For a long time I’ve wanted to document some of the pioneering instruments from Hip Hop as well as all electronic music. “The deejay thingy is overdone”, I was told by an Urban T shirt retailer when I eventually got round to it, “we want quirky and funny.” I agreed, with the second part. That’s what they wanted. They didn’t want mixers, decks, ghetto blasters and all sorts of synths anymore.

Pop culture’s gaze may have shifted from DJs and Hip Hop and moved on to the next generic fad to put on T shirts. But we’re still here, as always, hopefully doing justice with the deejay teeshirt that’s got integrity and longevity – as well as being involved and relevant at the same time. In true uchi style it had to be ““explicitly stated, not merely implied”.

The E-mu SP-1200 drum machine and sampler was, and still is, one of the most highly regarded samplers used in Hip Hop and dance music. Released in 1987 by E-mu Systems Inc, it was the first machine to sample up to 10 seconds at a rate of 26.040 kHz and 12-bit resolution. As an upgrade to the SP-12 drum machine, the SP-1200 focused on its sampling features. With 32 instantly available user sounds it was single-handedly able construct the bulk of a song – which reduced costs and studio time.

Famed for its gritty, raw and “old vinyl-like” audio qualities it became the trademark sound of Hip Hop and house music throughout the ‘80s and ‘90s and is still widely used today. 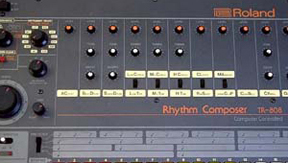 The Roland TR-808 Rhythm Composer was one of the first programmable drum machines Introduced by the Roland Corporation in early 1980 as an upgrade to CR-78 machine. It was originally manufactured for use by studio musicians to create demos using analog synthesis for sounds with a very thin, pure quality. It didn’t sound like real drums and was only in production until 1984 but its unique sound and analog charm is embedded in many forms of music. In hip hop, R&B, dance and techno you can still hear its heavy bass kicks, crisp snares, and the classic cowbell and hand-clap.

Marvin Gaye’s “Sexual Healing” was one of the machine’s earliest mainstream hits. The Beastie Boys breakout album Licensed to Ill consists mostly of TR-808 beats and samples from popular rock songs; its success lead to a new surge in popularity. 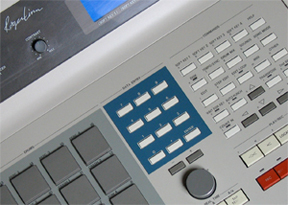 The legendary Akai MPC60 II is an all-in-one sampling and MIDI-sequencing drum machine. Designed by the celebrated Roger Linn for Akai, it still bears his signature. He produced one of the world’s first drum machines to use digital audio samples as the sound source and combined it with powerful sequencers to create the MPC60. Today, it is considered to be the most widely used piece of electronic music equipment.

Pete Rock on the MPC 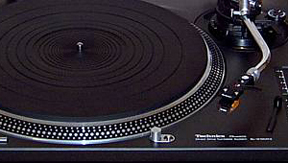 Simply put, the Technics SL 1200 MKII was the best thing to happen to Hip Hop music since Hip Hop itself. It began with the silver SL1200 originally marketed as hi-fi equipment for the home market.

Since its release in 1978, the MKII and its successors have been the most common turntables for DJ’ing and Scratch DJ’ing. There’s been over three million sold and it’s regarded as one of the most durable and reliable turntables ever made, with many early models still in use today. There’s even an SL1200 exhibited in the Science Museum of London as one of “the key pieces of technology that have shaped music history”.

The SL1200 series was developed as a special project in an attempt to solve problems relating to turntable design. A magnetic direct drive system, robust base and high torque minimised acoustic feedback, unwanted resonances, and wow and flutter, and allowed it to reach desired speeds in 0.7 secs. And don’t forget the variable pitch control for seamless mixing…

With the SL1200 MKII, Technics improved the motor and shock resistance and changed the rotary pitch control to a slider style. This is now the base model and is the oldest remaining in production.

It’s hard to imagine Hip Hop without the turntable and it’s no surprise to me that this turntable is culturally recognised in a museum. Some of my most memorable music moments have involved two of these and a microphone. 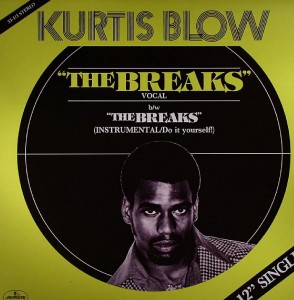 “The Breaks” is a critically acclaimed 1980 hit single by Kurtis Blow, one of the first commercially successful rappers and the first to sign to a major label. Taken from his debut album it’s considered an early Hip Hop classic and one of the first Hip Hop hits to go gold. It is currently Number 10 on VH1’s 100 Greatest Songs of Hip Hop. Ironically, it’s one of the few Hip Hop songs containing no samples. The funk beat in this song is an original one, which has subsequently been sampled by many producers.

The “breaks” referred to in this song are not about beats and samples but about the breaks dealt in life – the bad luck referred to in Alanis Morissette’s’ “Ironic”, but with humour and 60 seconds of a great piano breakdown.

Finally, our “These Are The Breaks” strapline is derived from the lettering on the side of the Tomahawk cruise missile. The Tomahawk font rounds off this piece of ‘80s nostalgia. 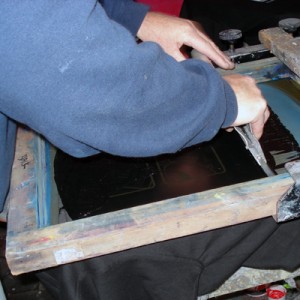 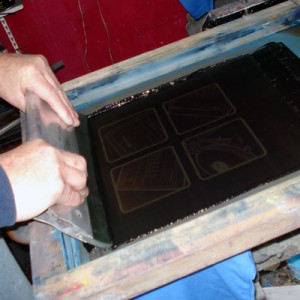 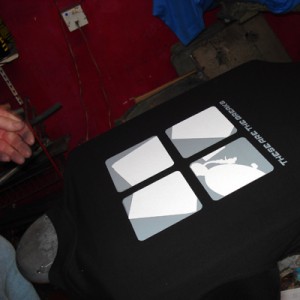 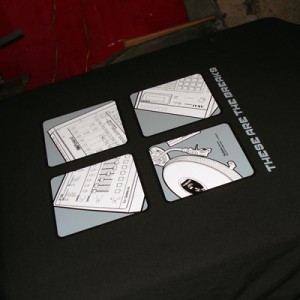 Produced by uchi for uchi productions

These Are The Breaks Too Men’s white T shirt 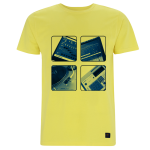 These Are The Breaks Too Men’s sunflower T shirt